Acknowledging the generosity of the four women donors, performance embraces their vision – to foster and nurture local talent for a more vibrant community.

Leader of the music teaching profession in the Manawatu for seven decades, Palmerston North-born Evelyn Rawlins received her schooling and musical training from the nuns at the Convent of Mercy, Broadway.

In 1910 with the qualifications of LRSM and LTCL she set up her own music studio overlooking the Square. After the death of her fiancée in 1921 she dedicated her life to music. Towards the end of her long teaching career she taught the children and grandchildren of some of her first pupils.

Miss Evelyn Rawlins was forward looking, and promoted whenever possible, the dignity, standards and status of the profession.

In 1911-1932 she was treasurer of the Manawatu Society of Professional Musicians. When this evolved into the Manawatu Branch of the Society of Registered Music Teachers, Evelyn was secretary and treasurer until 1955, and then president for 16 years - energetically dedicated to furthering the qualifications of music teachers.

Recitals, lectures, scholarships, wartime entertainments and soirées with overseas artists were organised. She actively supported the Palmerston North Music Club, and the Operatic Society. The crowning achievement of her long career came in 1966 when she was awarded the MBE for services to music.

In 1981 the former City Council Chamber was rededicated as the Evelyn Rawlins Room and is now used for rehearsals, examinations, and performances … a fitting memorial. 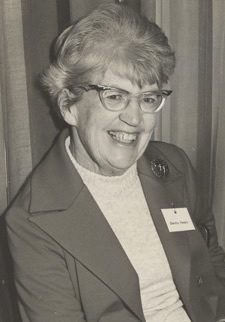 The Francis family came from Kent to a new life before World War I enveloped the United Kingdom.

The family lived in several different areas including Oroua Downs until a home was bought in Palmerston North's Argyle Avenue.

Beatrix soon found work teaching at country primary schools as well as at Intermediate Normal and Ross Intermediate.After retiring she worked in the Massey University Library's cataloguing department for many years.

The unmarried sisters spent their lives coaching students and sharing their love of the arts.Beatrix's spare time love was in the world of local theatre, as actor, producer and back-stage person.

Mavis Francis was a gifted music teacher and a well-known figure in Palmerston North with many music teachers being among her former pupils, who describe her “as inspirational, totally dedicated, and compassionate”.

She became a music teacher in 1930 developing a country practice, teaching in homes and local halls for 11 years before becoming a resident teacher in Palmerston North.

Mavis studied with Madame Betts Vincent in Wellington. In London in 1950, where the sisters took a year's overseas break, she studied advanced piano techniques with prominent musician, Basil Allchin.

Mavis was a stalwart of the Manawatu Branch of Registered Music Teachers for over 60 years, serving as Secretary 1955-71 and President 1971- 1983. She presented a compelling case to the Palmerston North Arts Council and Palmerston North City Council for the establishment of a musical centre in the city. The Evelyn Rawlins Room in Square Edge is valued and regularly pulses with music teaching and music making.

Mavis was a valued member, performer, President and Life member of the Palmerston North Music Club and Patron of Musica Viva.

In 1984 Mavis Francis was awarded a Fellowship from the Institute of Registered Music Teachers of New Zealand – recognition of a lifetime of service to music.

“The trust is their last, heartfelt gift to the performers of the future” 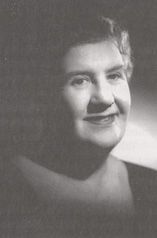 Molly Atkinson was actively involved in music until her death, aged 99, in 2008.Her full life, dedicated to music, made a huge impact on the national and Palmerston North music scenes.

An only child of musical parents, she was tutored by Madame Mamie Towsey and first sang in public in Auckland's St Mary's Cathedral Choir.

Her contralto voice was in demand in the pioneering radio times of the 1920s. For the next four decades she was both a soloist and a member of choirs and groups who performed on stage and in radio broadcasts.

Molly Atkinson taught and worked in the Victoria University Music Extension Department. On her retirement as a performer in 1957 and after a two-year stay in England, she returned to establish music courses for the University Extension at Massey University. She drove thousands of miles each year enthusiastically offering music tuition and guidance to established and emerging singers throughout the lower North Island. Illustrated lectures for ‘listening groups' formed part of these tours.

Founder of the Manawatu Women's Choral Festival, she was a much sought after adjudicator for competition societies and festivals around the country. As a joint adjudicator for several Mobil Song Contests, her decisions helped propel to stardom young New Zealanders, including Dame Kiri Te Kanawa and Dame Malvina Major.

Molly was a driving force towards music teachers gaining status and recognition in the wider community. Her contributions were recognized with Honorary Life Membership of the Institute of Registered Music Teachers of New Zealand, and of Chamber Music NZ: a Massey University Medal in 1993 and the New Zealand Order of Merit in 1996.

Perpetual Guardian is a trustee company with 130 years of reputation, security and transparency, we have a strong presence in the charitable sector in New Zealand.

The Trustee is assisted by the following Advisory Board:

Apply for a Grant

Applications are open from 1st August – 30th September each year.

To check your eligibility and to apply, more information will be available via the “Read More” link below shortly before the opening date each year.

Funding for your Arts Activities